Create an Account - Increase your productivity, customize your experience, and engage in information you care about.

The Grand Ledge Police Department is proud to be able to provide K-9 services to the residents of Grand Ledge and assist other local communities. The K-9 program first got it's start in Grand Ledge in 1998 and has been in service continuously since that time. 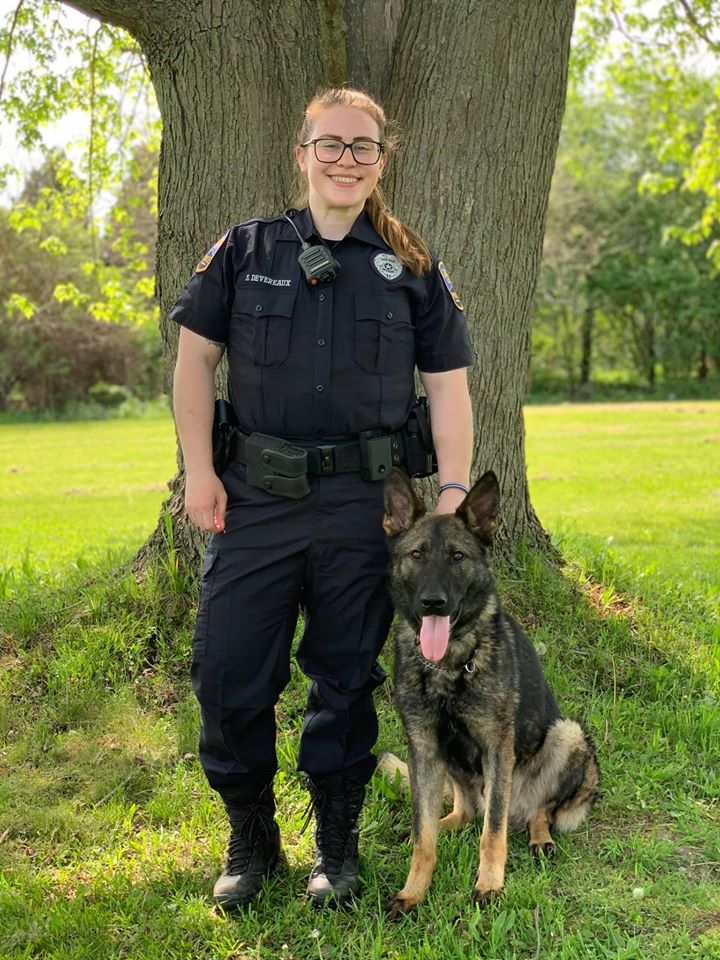 Thor and his partner Officer Sara Devereaux started patrol in 2020. Thor is a two-year-old German Shepherd from Poland, dual trained in narcotics and patrol/tracking. Thor's name was chosen from a list presented by Neff Elementary School students after they helped fundraise for his purchase and training. 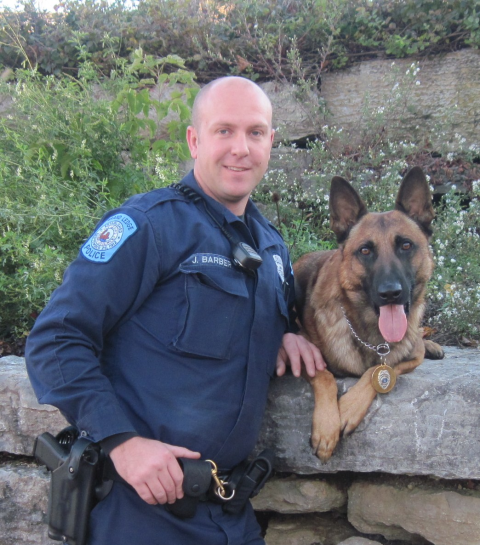 K-9 D'Ash, a Belgian Malinois, patrolled with his partner Officer Justin Barber from 2011 until he retired in 2018. D'Ash was named in honor of Officer David Ash, a veteran officer of over 30 years who passed away while on duty in 2007 of natural causes. D'Ash was dual trained in narcotics detection and tracking and had numerous successes, including when he tracked a missing three-year-old child who had mistakenly walked into a field of tall weeds and became lost.

From 2005 through 2011, Officer Dick Clark patrolled Grand Ledge with his partner Blazer. Blazer was a German Shepherd that was dual trained as both a narcotics and tracking dog. Blazer will fondly be remembered for his enthusiastic greetings to his fellow officers when he was in his patrol car.

Comet, a German Shepherd, was the department's first K-9 unit. Comet served with Officer Dick Clark from 1998 until his retirement in 2005. Comet was specially trained to sniff out drugs and do tracks. Comet was also a best friend with many of the boys and girls of our community.